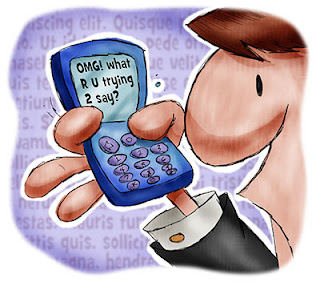 I am enjoying my Writing II class on Monday nights. They are a rare weave of adult students. They keep me on my toes, and I’m trying to keep them on theirs. Last night we got into a discussion about nouns that have become verbs as of late. The discussion started as a question about the past tense of the verb form of “text.” Is it “text” or “texted” or “texed” or even “tuxted”? Good question! I went with texted – I assumed it was texted. The truth was, I didn’t really know for sure. That was what felt natural and what I had probably heard the most. Many of the students felt that texted was unnatural and that just plain text was correct. Okay. Gee, I suppose it is possible I could be wrong. They wanted me to go right for the computer to find the answer. Honestly, that was my first impulse, too. But, the computer wasn’t going to tell me why I assumed that text would be a regular as opposed to an irregular verb as it made the transition from noun to verb. We came up with other examples of similar noun to verb words: Google, Twitter, and email. We played with those in past tense. There is Googled, Twittered, emailed. So, there is a pattern. Wouldn’t it follow that we would say texted? We came up with all kinds of noun to verb examples that were “regular.” For the life of me, I couldn’t come up with an irregular example. There have to be instances out there. We did eventually go to Dictionary.com to see what that resource had to say. They defined it as a transitive verb: texting, texted, texts.
Does it surprise anyone that in my search for the correct form of “text” in the past tense that I emailed a friend, Googled information, Twittered for others’ thoughts, posted on Facebook, and now I am blogging about it? In the end, all I had to do was trust my instincts.
Just thinkin’
Lee Anne
Posted by Lee Anne at 2:47 PM