Why do I Care About Ambient Awareness? 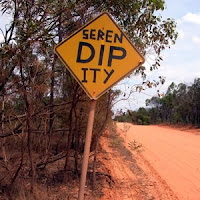 What is it called when you are puzzling over an idea or question, and then the answer, without (conscious) effort on your part, presents itself? Is that serendipity? What a great word!

Of course, I have a story to go with my question. I’ve had a Facebook account for years, and until the last 3-4 months, I’ve hardly touched it. Recently, some of my nieces and nephews were debating Facebook vs. Myspace. I proudly announced I had both and jumped right in the conversation. I quickly found I had little to say about which is better. But more importantly, I found that if I wanted to stay in touch with “my kids” then this is where I need to be hanging out. I also found that several of MY friends were on Facebook and that’s been a bonus.

So, last night I was chatting on the phone with a friend that lives in Michigan. We’ve known each other since we were teenagers – a time when we knew everything about each others’ lives. We talked about this Facebook thing and how we, surprisingly, liked it. We can keep up with the rhythm of each others’ lives through status updates and pictures and wall to wall comments. Yep, I’m up on all the hip lingo.

So, here’s the serendipitous part of this story. After our conversation last night I thought quite a bit about why this social tool made me, a digital immigrant, feel closer to people I already love. Then this morning, BAM! Wouldn’t you know, Will Richardson referred to a New York Times Magazine article in one of his blog posts. The article is called, “Brave New World of Digital Intimacy.” The author, Clive Thompson, gives us the verbiage, AMBIENT AWARENESS, which helped me really make sense of all this. He even used the word “rhythm”!!

Here’s a taste:
“This is the paradox of ambient awareness. Each little update — each individual bit of social information — is insignificant on its own, even supremely mundane. But taken together, over time, the little snippets coalesce into a surprisingly sophisticated portrait of your friends’ and family members’ lives, like thousands of dots making a pointillist painting. This was never before possible, because in the real world, no friend would bother to call you up and detail the sandwiches she was eating. The ambient information becomes like “a type of E.S.P.,” as Haley described it to me, an invisible dimension floating over everyday life.”

Of course, NOW I’m thinking about how this whole phenomenon of virtual ambient awareness works in building online learning communities. How can I use this in a face-to-face class? I’m also thinking that the phrase, ambient awareness, is not on Wikipedia . . . yet. Wouldn’t that be a great project for a class?

Take a few minutes to read Thompson’s article. He sheds some interesting light on why we are so attracted these “awareness tools,” along with some insightful pluses and minuses. (is it me or does it almost sounds like the U.S. Government has had a hand in renaming “social networking tools.”)